Conditioned pain modulation (CPM) can be assessed using a wide range of test modulates with different test-retest capabilities. Studies indicate that multiple factors such as sleep deprivations, opioid use and cognitive factors will impact the assessment. These factors are rarely controlled for, which comprises the test-retest reliability. Recent studies demonstrate that the temporal summation of pain (TSP) and CPM response in patients with chronic pain varies, which could be interpreted as some patients being more pain sensitive than others. Pretreatment TSP variability seems to independently predict treatment responses to standard pain treatments such as surgery, NSAIDs and exercise therapy and this seems to be a less consistent finding for CPM. Finally, the descending pain inhibitory pathways are serotonin- and noradrenalin-dependent. Studies have demonstrated that CPM predict the analgesic effect of duloxetine (a serotonin and noradrenalin reuptake inhibitory) and that duloxetine modulates CPM. Dr. Petersen and colleagues recently conducted an 18-weeks randomized placebo-controlled trial on duloxetine in patients with severe knee osteoarthritis and found no effects CPM and CPM did not predict the analgesic effect of duloxetine. Conclusively, these data suggest that CPM is unfit as a biomarker in clinical trials and suggest that research initiatives should be directed towards TSP. 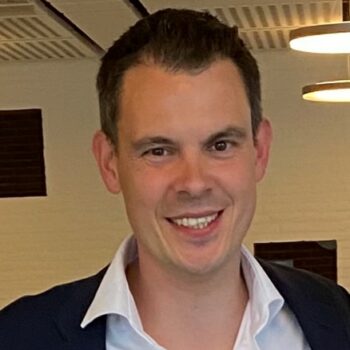