I will review the literature to illustrate that paradoxical findings have been reported regarding the effects of LBP and related anxiety on trunk motor control. For example, in our own studies, patients with LBP showed stronger trunk extensor reflexes and less trunk displacement in response to perturbations than heathy controls and these effects were more pronounced in patients with high pain-related anxiety. On the other hand, we found that patients with LBP, especially those with high anxiety, showed increased variability of repetitive trunk movements. Based on neurophysiological studies in animal models and humans, such paradoxical effects may be explained by increased fusimotor drive due to pain and arousal, causing concomitant increases in the average and variance of muscle spindle firing rates. I will report a recent reanalysis of previously reported data and simulation results confirming hypotheses derived from this notion. While paradoxical findings on motor control changes in LBP may point at subgroups of patients for whom motor control exercise may or may not be indicated, the current findings suggest that such paradoxical findings may be present in the same individual. The implications for diagnosis of motor control problems and subsequent interventions will be discussed. 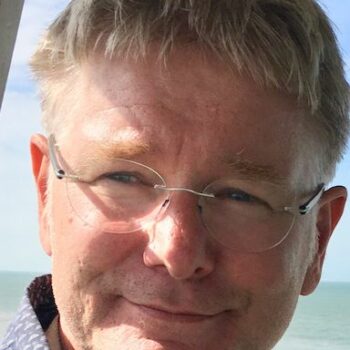