What has Made the Central Amygdala so Central in Understanding Non-Thalamic Pain System? – History, Circuits, Translation, and Prospective

The amygdala has been well known as a site for emotional behaviors and learning since 90 years ago. Jean-Francois Bernard and his group were the first to show the direct projections from the spinal cord to the parabrachial nucleus and then to the capsular part of the central amygdala (CeA) in 1988. They dubbed it spino-(trigemino-)parabrachio-amygdaloid pathway. They also provided the first electrophysiological evidence for noxious stimulation-induced excitation in a majority of the neurons in this CeA region, calling it "the nociceptive amygdala". Later, Neugebauer's group pioneered in demonstrating increased nociceptive responses, widened receptive fields, and augmented emotional behaviors in persistent pain models. These seminal studies opened the door to the neuroscience of the central amygdala in pain, followed by demonstrations of synaptic potentiation in neuropathic pain models by Kato's group and tactile sensitization by MAP kinase activation in the CeA in the intact animals by Carrasquillo and Gereau, and many other studies supporting the concept that the CeA plays kernel roles not only in the nociception-emotion link but also in the central regulation of nociceptive function. The attendees will obtain fundamental and up-to-date knowledge about what the central amygdala does in pain. 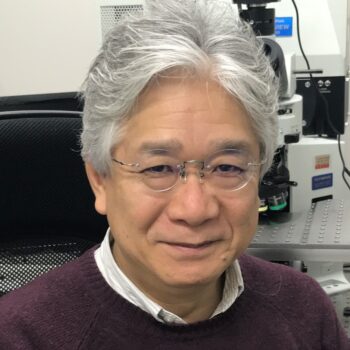